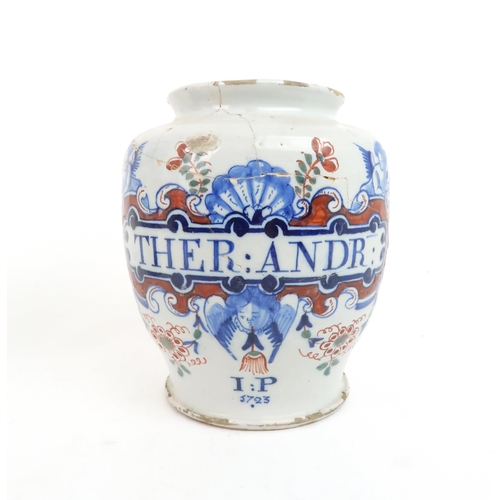 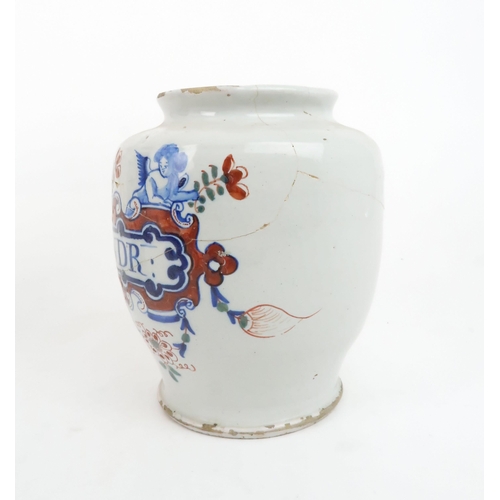 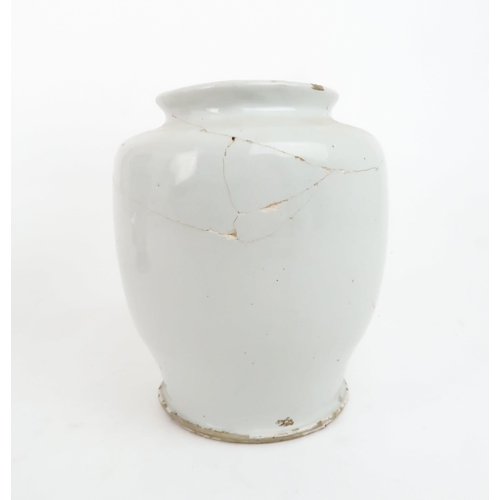 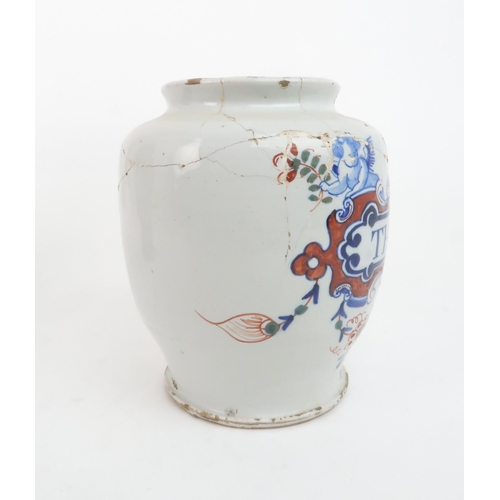 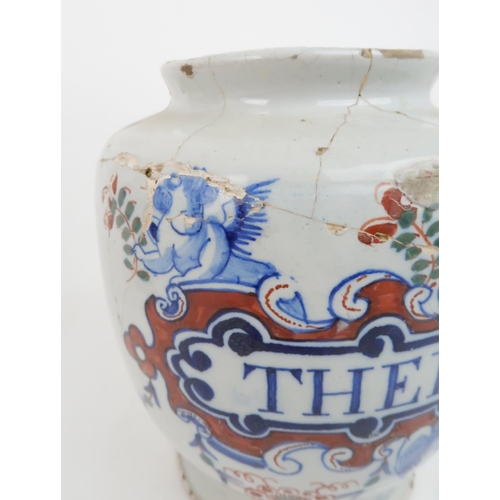 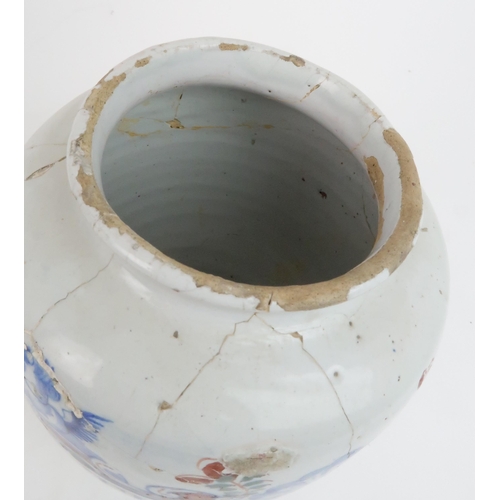 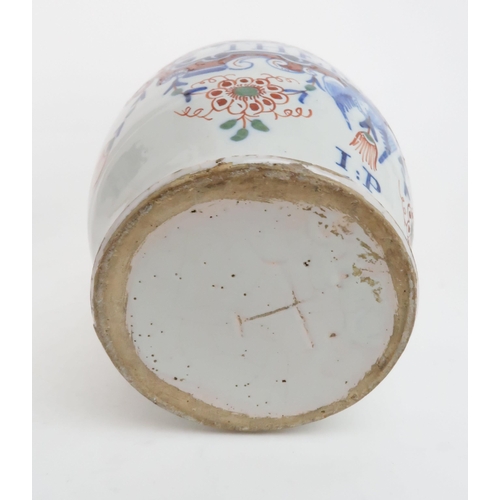 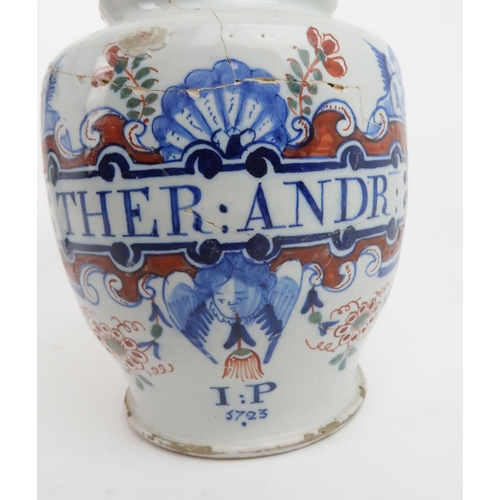 AN ENGLISH DELFT DATED POLYCHROME DRUG-JAR
of typical shape, painted in blue, green and iron-red, named THER:ANDR: within an extended scroll cartouche with central shell,  flanked by winged putti, supported by a winged mask between swags of flowers above the initials and date I:P.1723

The jar was made to contain 'Theriaca Andromachi', a theriac (or polypharmaceutical preparation) made according to the formula of Andromachus, a Roman physician of the first century AD

See an example named for different contents, with the same initials and date as the present example from the collection of Dr. A. Murray, sold Sotheby's, London, 21 July 1970, lot 188. This appears to be virtually identical in shape and decoration and would suggest that two sets of this type exist. See also Bryony Hudson (ed.), English Delftware Drug Jars, London, 2006, p. 197, cat. no. 164 for a drug-jar from the same set named for 'O:HYPERIC/I:P/1723', previously in the Howard and Gautier Collections. Hudson suggests that the initials IP may refer to James Piston who became Upper Warden of the Society of Apothecaries in 1722 and Master in 1723.

Fees apply to the hammer price:

Other Lots in this Auction 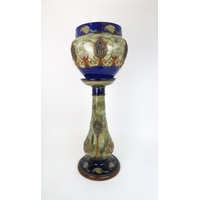 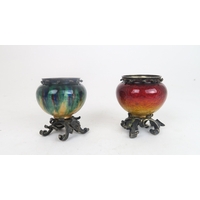